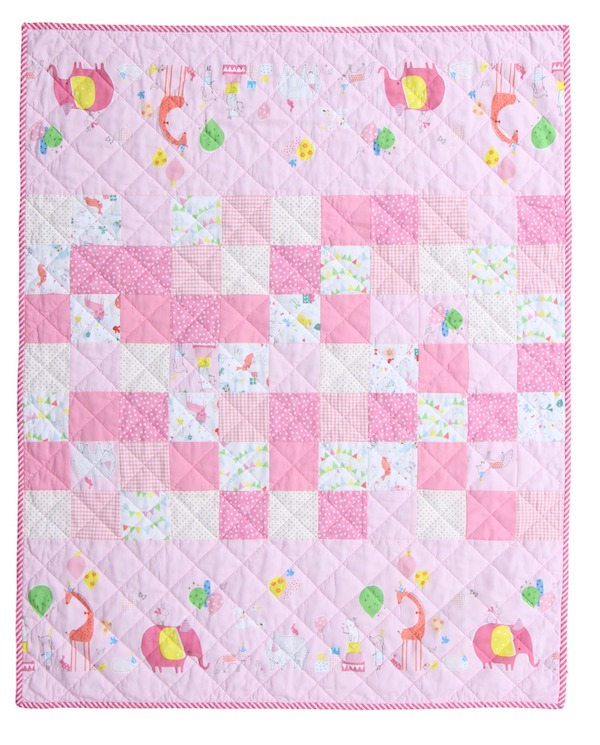 Pink alert!  Here is a quilt to wrap a baby girl in that is as cute as can be.  I used fabrics from the “Hip Hooray” line from Lizzie Mackay for Blend Fabrics.  This fabric is hard to find now and I’ve had it in my stash for a while, waiting to use it.

This line features a double border fabric with whimsical little animals on both of the borders.  I cut the borders off and used them on either end of the quilt.

I also took some of the border and fussy cut some of the animals out and used them for the patchwork center.  Each square ended up being 3.5″ after being sewn in.

I added a couple of more fabrics for the patchwork center, including a favorite Swiss Dot from Moda’s Essential Dot collection and a Robert Kaufman Carolina Gingham in Pink.

I used Warm and White for the batting and did the quilting with Aurifil thread in Pale Pink.

I almost never have to mark lines on my quilts. If I do, I usually use a Hera marker, which only makes creases.  But for this quilt, I really did have to mark lines so I used a Clover water soluble felt pen, which required washing the quilt afterwards to remove all the markings. I have used a Clover Chaco marker in the past, but have found that these markers don’t work hardly at all after a while.  Very disappointing!  So I would recommend the felt pen instead.  The lines washed right out nicely. 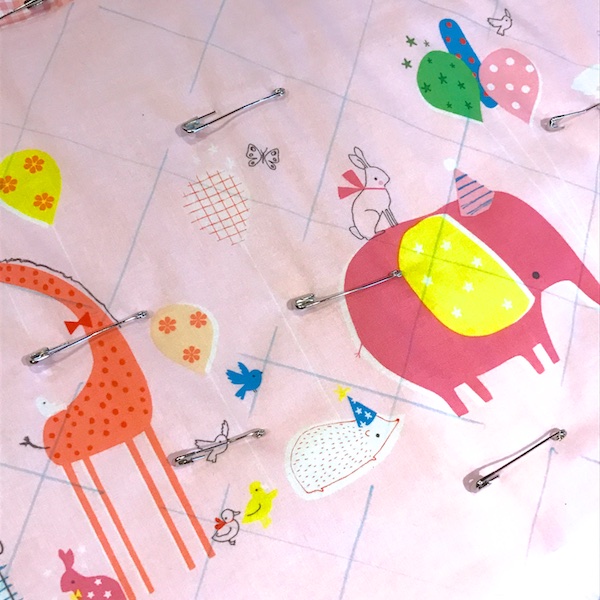 For the binding, I LOVE bias binding and a lot of fabric lines now are offering stripes on the bias, so you don’t have to actually make bias binding.   This binding fabric is from Moda’s “Dot Dot Dash” line.  I just love the look of this binding.  I cut 2.5″ crossgrain strips and used my machine binding technique.

Thanks for dropping by!
Elaine 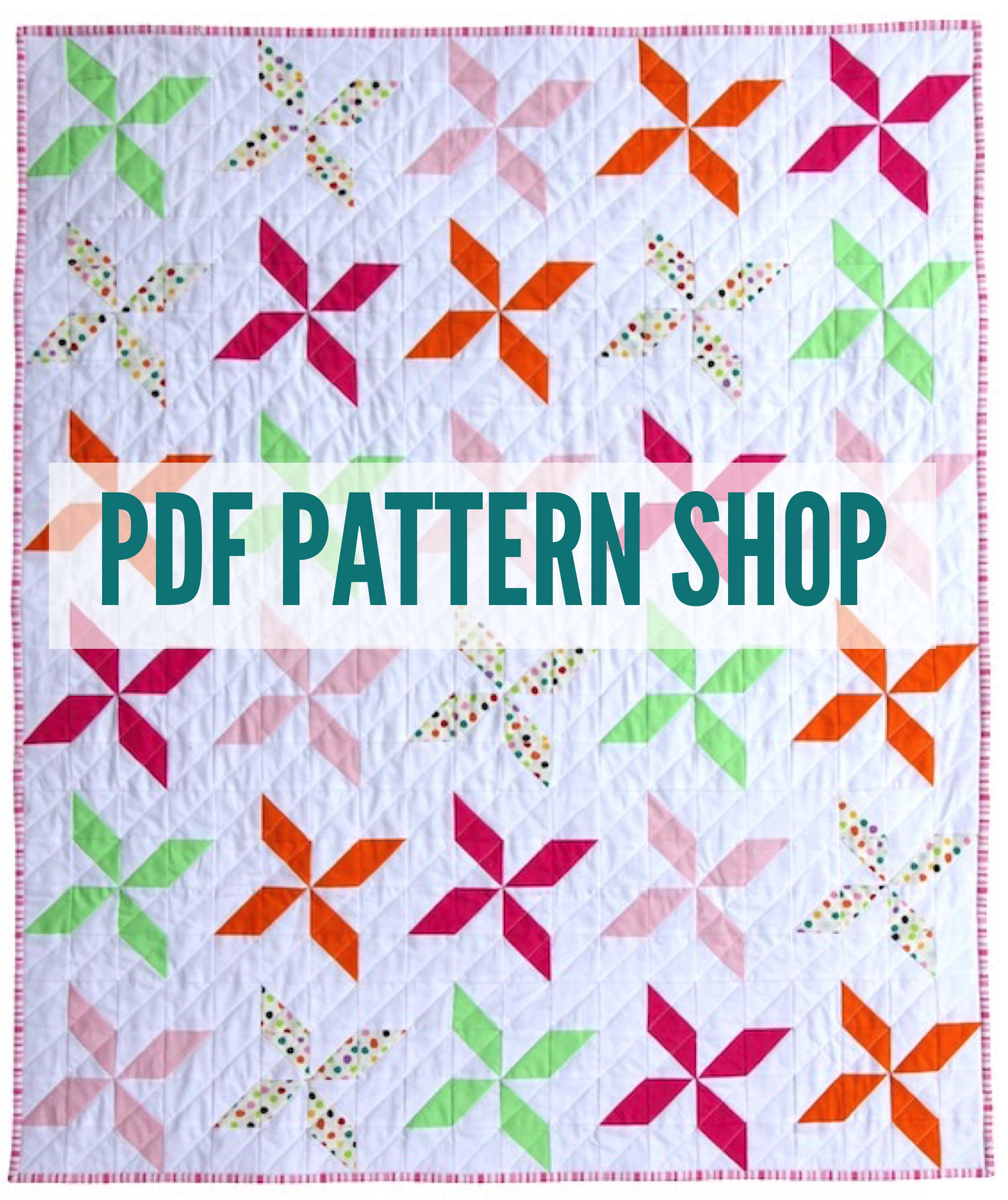 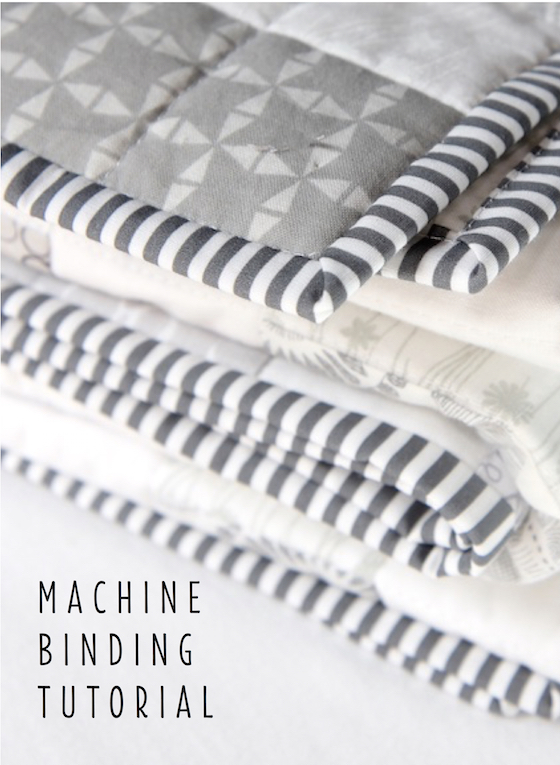 My Quilt With Over 2,300 little squares! 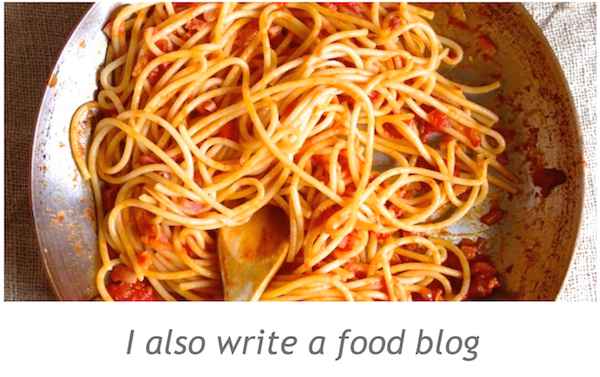